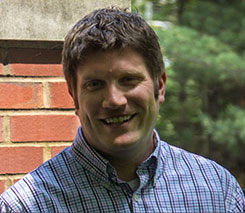 Chris is in his second round of working with Speech Interface Design, having joined the company initially as a technical support consultant for the sales and implementation teams in 2003 not long after completing his bachelors of science's degree in electrical engineering from the University of Pittsburgh. He took a break from SID in 2005 and returned in 2010, this time as a senior business consultant and equipped with a master's degree in business administration from Robert Morris University. His ability to communicate, view "big picture" processes, and stay organized makes Chris a valuable member of the design, development and implementation phases for SID clients. In his free time, Chris plays guitar and reads about history from his home in Pittsburgh's South Hills which he shares with his wife, Lauren, and their two dogs.